Tonight really feels like we are getting in to Fall weather even though all week it has been so humid.

It looks like Nova Scotia will escape the effects of tropical storm Henri, which is expected to track east of Sable Island.

The storm has prompted gale warnings to be issued for the Laurentian Fan coastal region.

The passing storm is helping to slow down an unrelated weather front approaching from the west. The slow-moving nature of that system is still expected to bring some significant rain into areas of Nova Scotia, from Friday into Saturday.

Either way, it’s rainy and dark and feels quite like Fall tonight.

I snapped a couple pictures before the torrential rains!!! 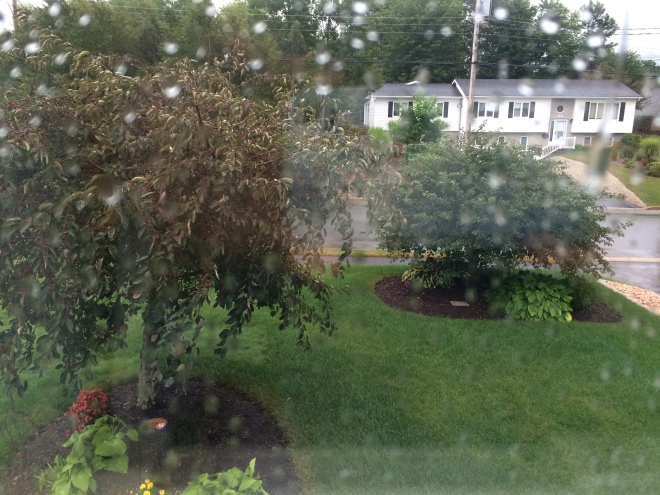