In the world of hockey, it is well known that Mi’kmaq craftsmanship resulted in some of the best made hockey sticks in history. This year, Nova Scotia Heritage Day will honour Mi’kmaq Heritage by celebrating the important accomplishments of the Mi’kmaq community, including its contribution to Canada’s favorite past time, hockey.

The Mi’kmaq community will host a two-game hockey challenge called The Mi’kmaq Heritage Hockey Classic – Bury the Hatchet. The theme, Bury the Hatchet, was selected to honour a ceremony held in 1761 that saw the signing of the Halifax Treaties. The treaty ceremony marked the end of more than 75 years of hostility between the Mi’kmaq and the British, and celebrated the beginning of a peaceful and friendly relationship between the two nations.

Canada’s native population did not record in ‘hard-copy’ the history of their nations. Rather, they had appointed ‘story tellers’ who passed on knowledge of their culture from generation to generation in the form of ‘oral history’.  The early Ice Hockey sticks were carved from Hornbeam trees, which are native to Nova Scotia and provide a very durable hardwood. One of the tools used in the carving of Hockey sticks was known as a “Crooked Knife”. As a result of the huge numbers of Ice Hockey sticks made using these methods by Mi’kmaq, local supplies of Hornbeam were largely depleted and the Mi’kmaq then turned to the yellow birch, another hard wood which possesses the same characteristics. In the early years of the development of the game, sticks were simply called after the name of the game. Thus boys played with “Hurleys” and later with “Hockeys”, rather than with “hurley sticks” and “hockey sticks” as they do today.

It is always nice to enjoy a “day off” in mid February but it’s also a great way to learn about your country’s heritage. Sadly my husband worked a LONG day ( 13 hours) and it was just me at home. So no family day adventure. BUT I took advantage of it by just having a RELAX day.

IN honour of heritage day … we had  fish for dinner ( no we didn’t catch them ourselves) and berries for dessert!

Is there anything more Nova Scotia than smelts, trout and blueberry grunt? 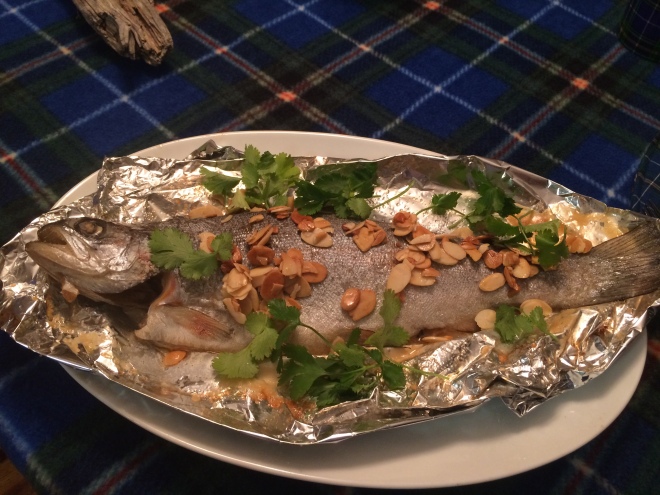 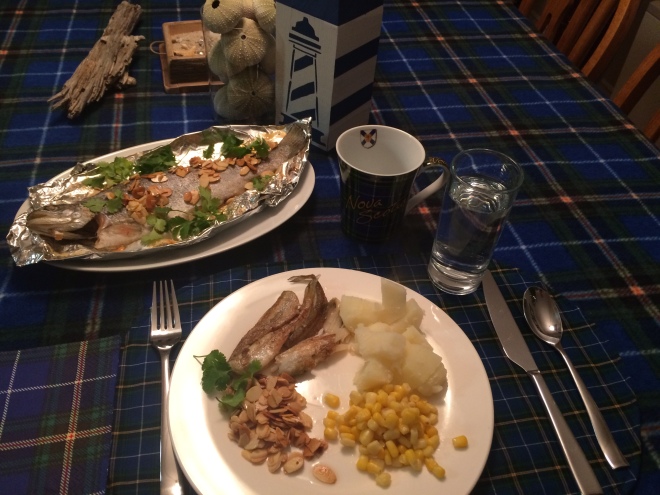 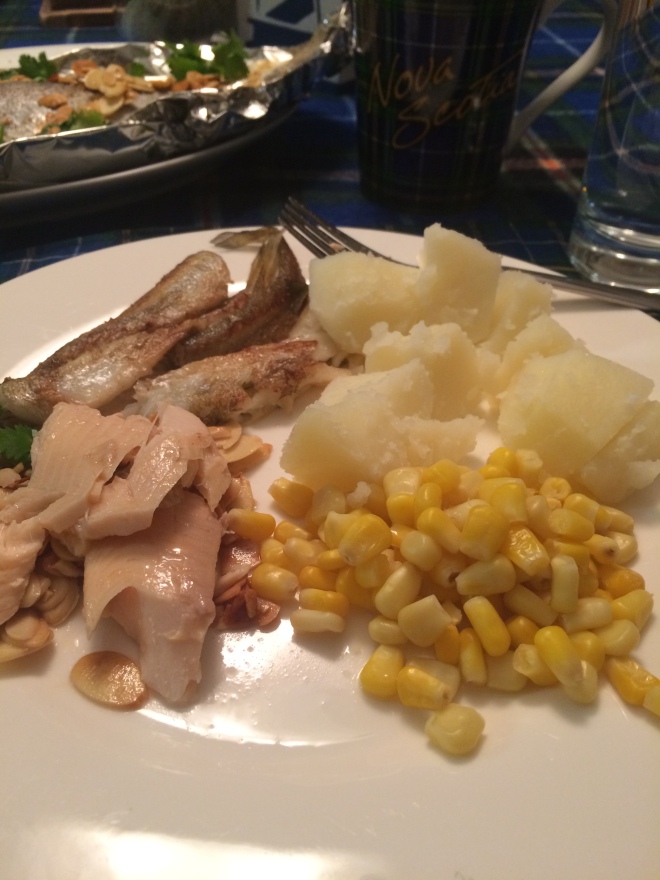 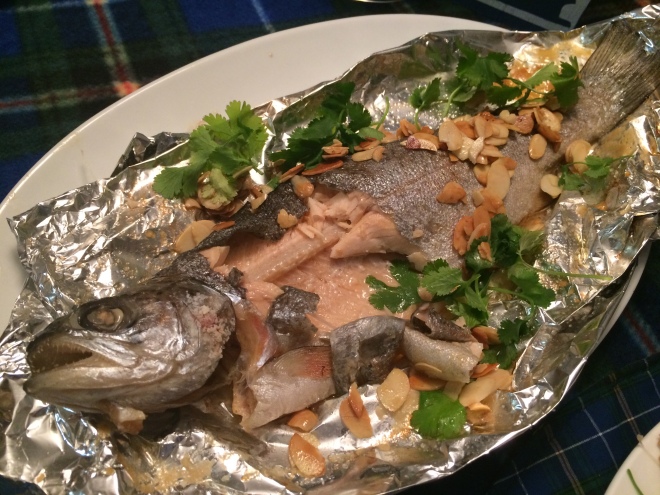 Hope you enjoyed your long weekend! Back to work tomorrow. 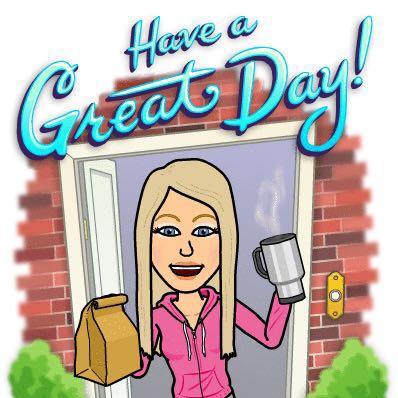