This morning we left Calgary and headed for the Badlands! Drumheller and the Hoodoo trail to be exact. This is such a cool area just an hour and a half outside of Calgary. What is really cool is the way the landscape gradually changes as you get closer to the badlands. We went from flat land with roads that you can see for miles lined with beautiful green and yellow. The canola crop is in full bloom and it’s amazing. As you get closer it gets a little hilly and then all of a sudden you are in the Badlands! 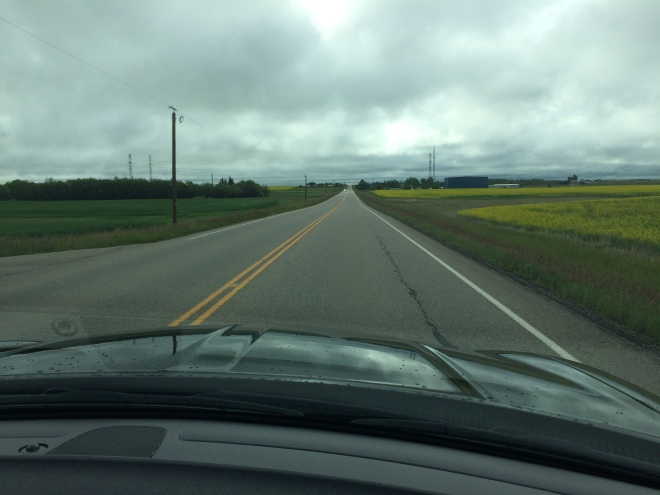 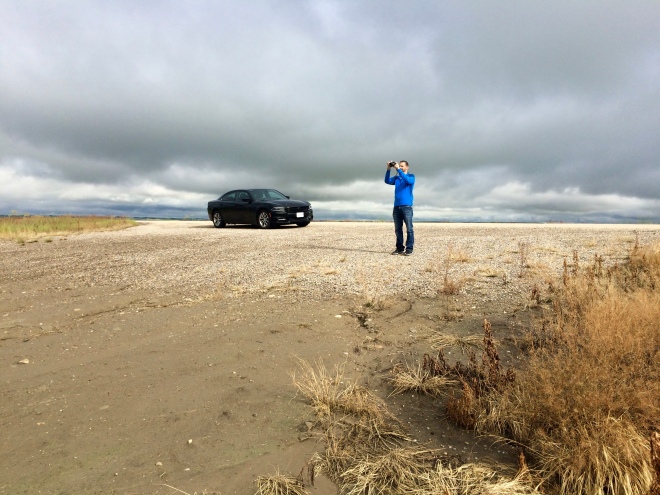 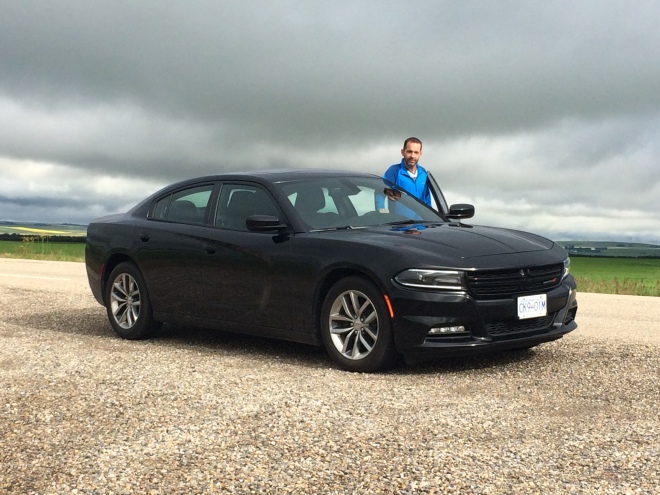 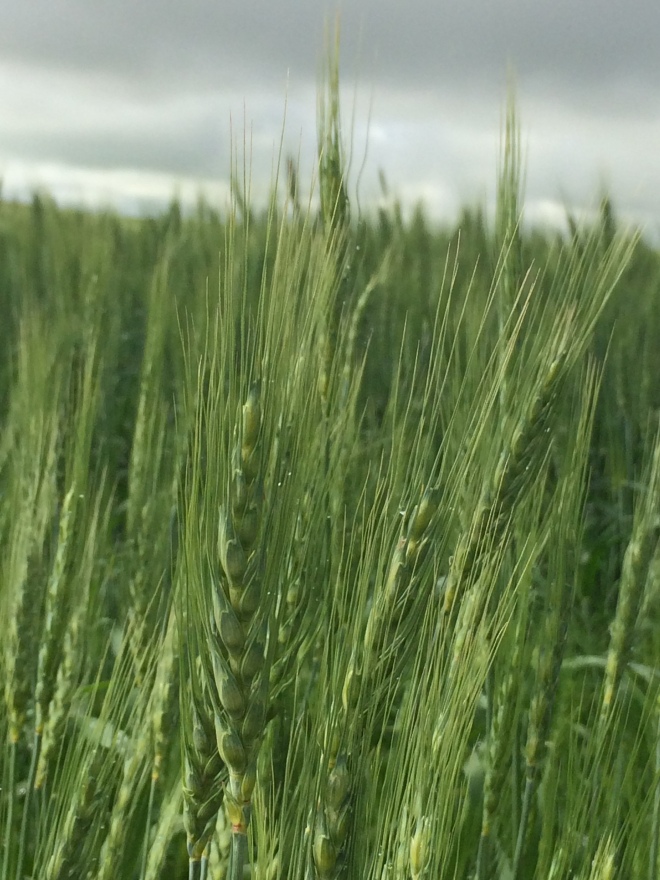 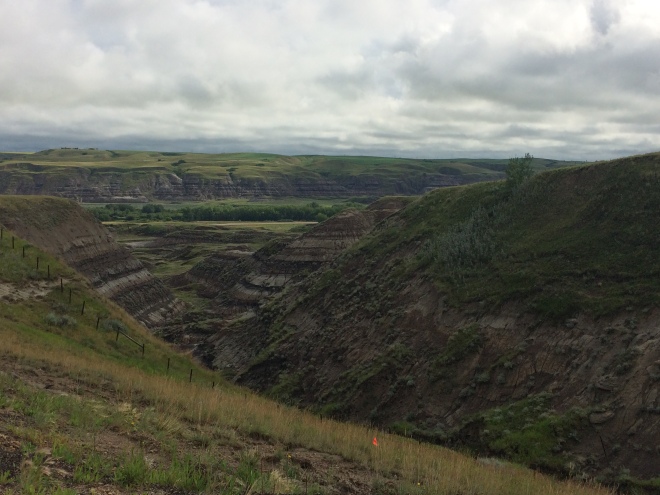 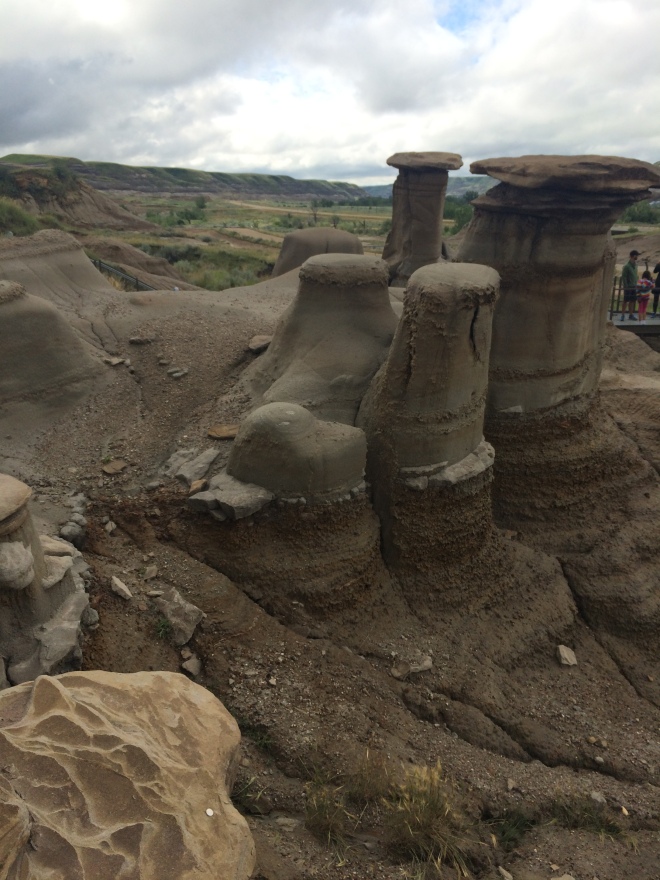 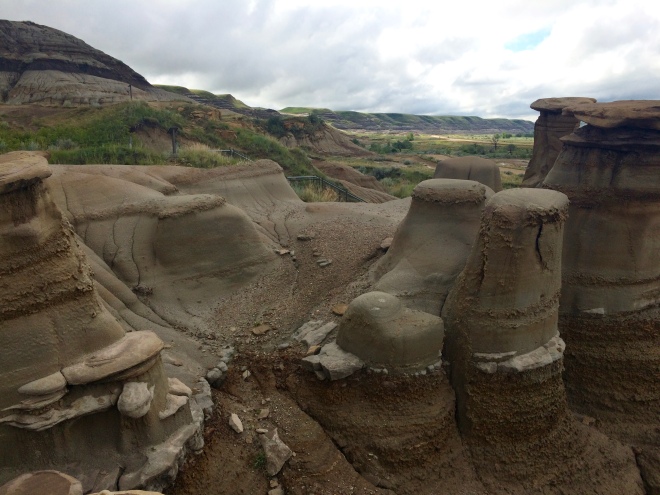 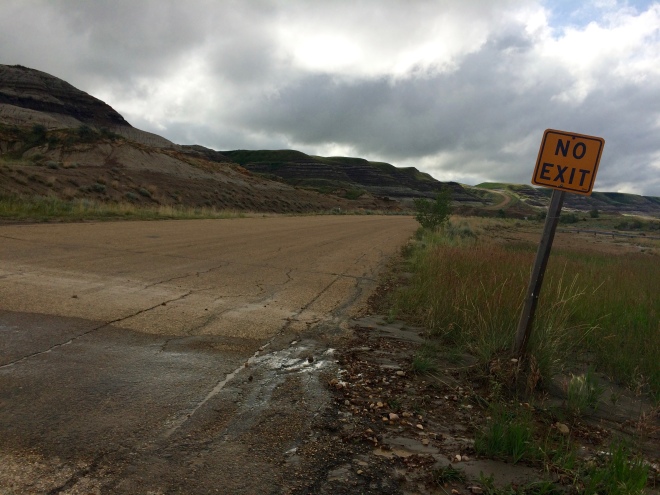 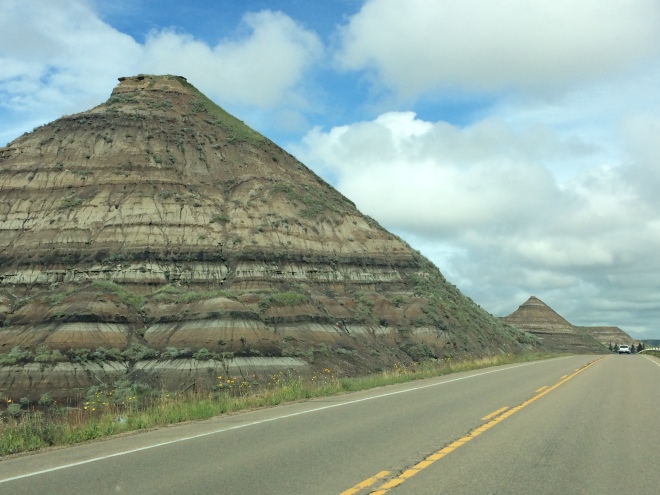 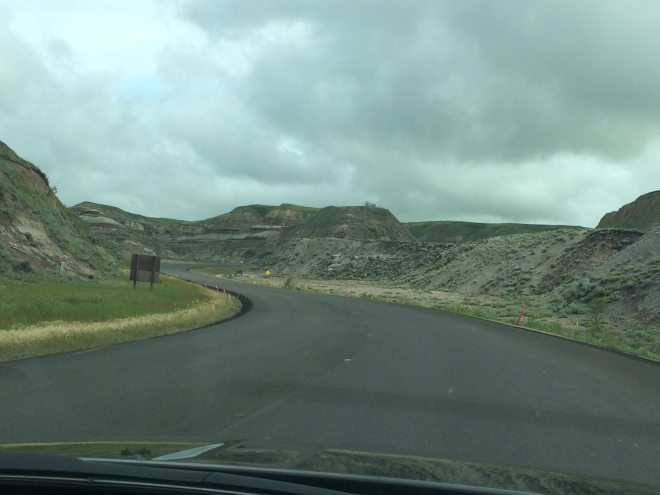 Hoodoos (aka fairy chimneys and earth pyramids) are tall rock pillars created from soft sedimentary rock (sandstone) topped with a harder rock which is more resistant to time and the elements like wind and rain. Over time the weather creates 4 to 7 metre tall red rock pillars shaped like mushrooms. The hoodoos are easily identified. These hoodoos are a symbol of the Canadian Badlands in Alberta, Canada. Aboriginals in the 18th century used “hoodoo” ( not voodoo) to communicate with evil and supernatural forces. They believed the hoodoos were evil giant gods turned to stone by the Great Spirit. It was really cool to see this!

After a quick lunch at a picnic spot along the way… 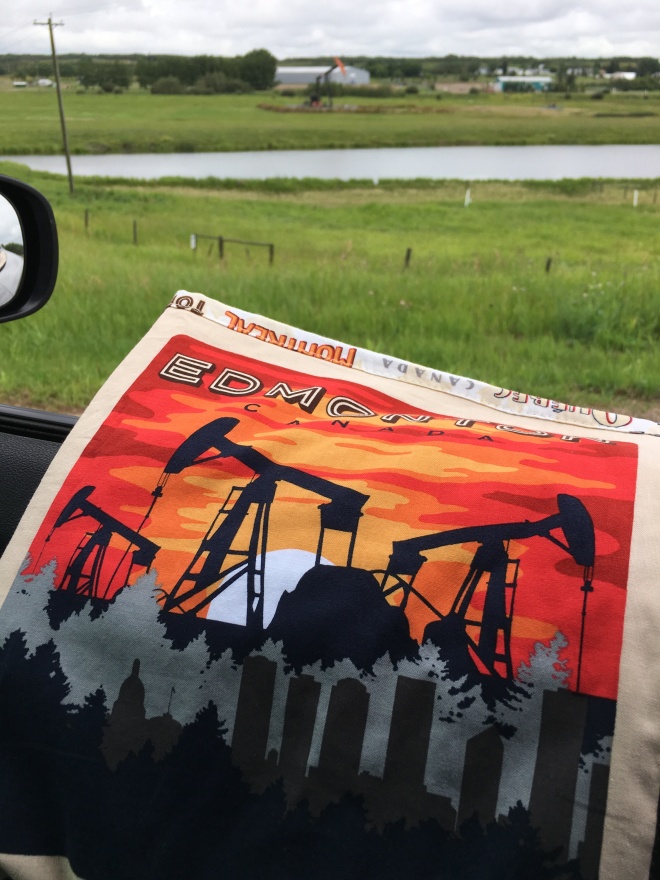 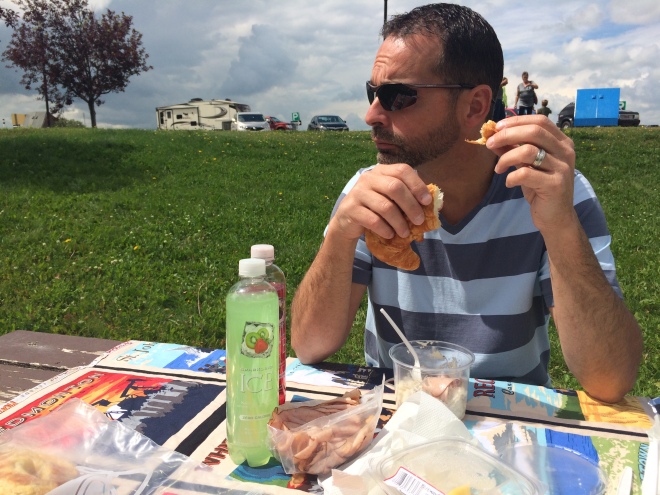 it was on to Edmonton. To West Edmonton Mall. We just HAD to go back! I wanted to see what changed in the last 29 years. There’s a huge pirate ship, the Santa Maria ( an exact replica of Christopher Columbus’ flagship for his first voyage across the Atlantic Ocean in 1492). And it is here at this spot, One of the special memories I have of our visit to West Edmonton Mall in July 1987 was choosing an oyster and inside was a beautiful pearl…a bluish one. David had the pearl put in to a ring as a 1st year Anniversary gift for me.  I still have it BUT I don’t wear it often because the ring part has worn a little bit over the years. 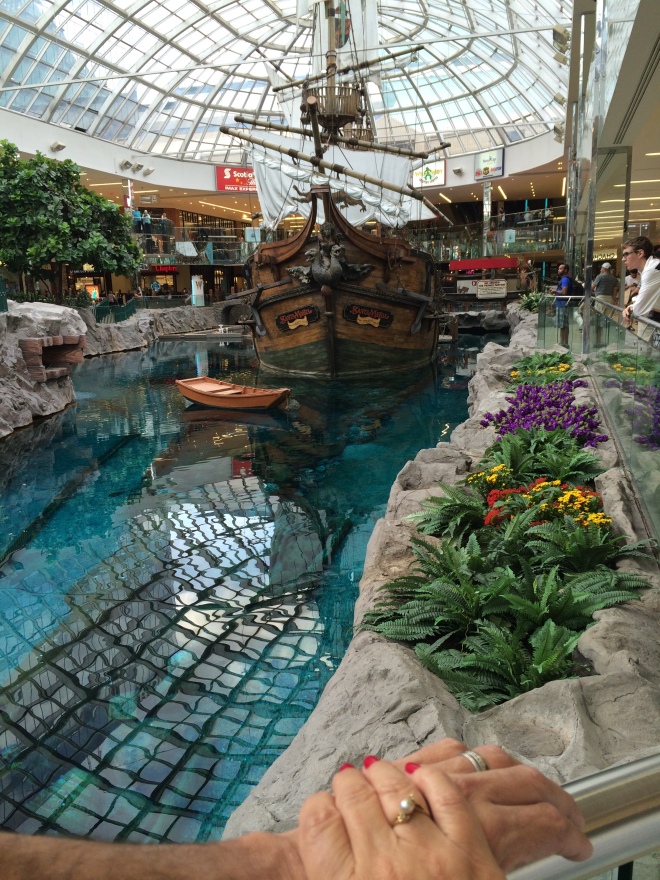 I think that started my love for pearls and I am so fortunate to have many beautiful strands from China.  Maybe I should have done this again for our 30th Anniversary, after all it’s the suggested gift 😛

There’s a skating rink, an amusement park, mini golf, a Fantasyland hotel, a wave pool…all these things I remember. It was fun to go back! 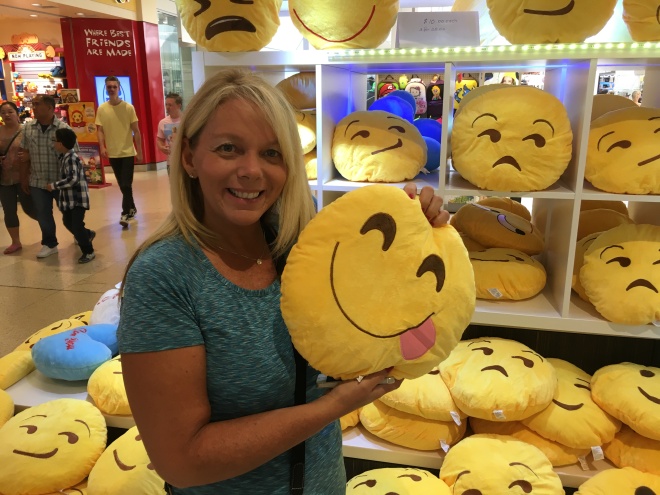 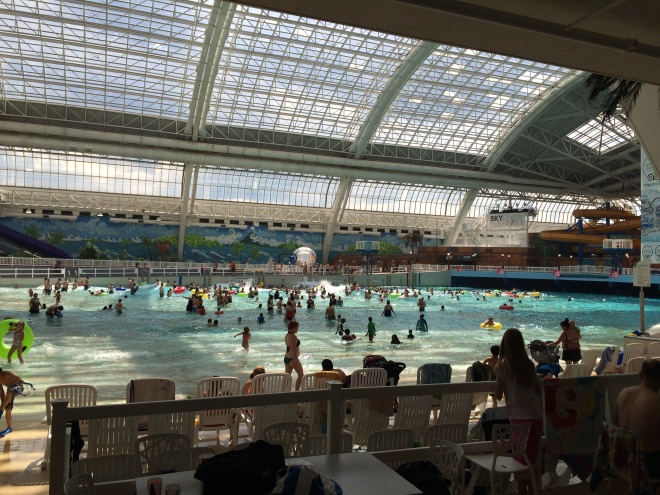 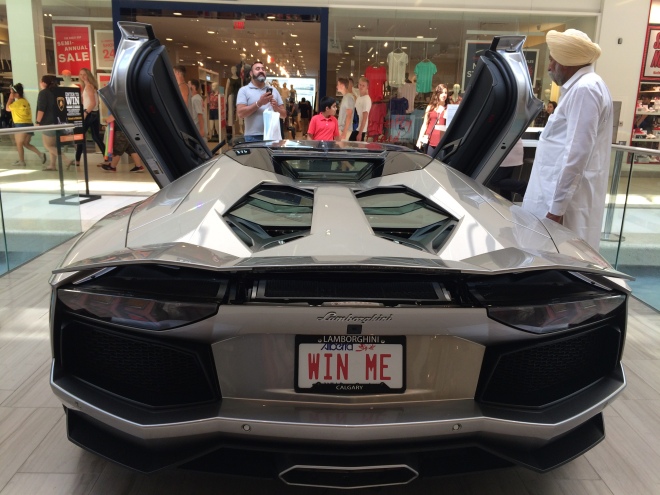 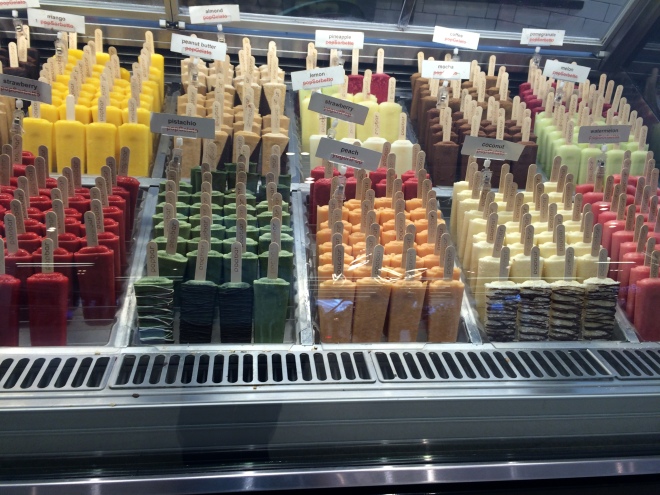 There are also shops and many stores at West Edmonton Mall BUT really…who goes to shop?

On the way home we stopped very quickly to see our niece Rachel, Gerald & baby Kiet in Airdrie. 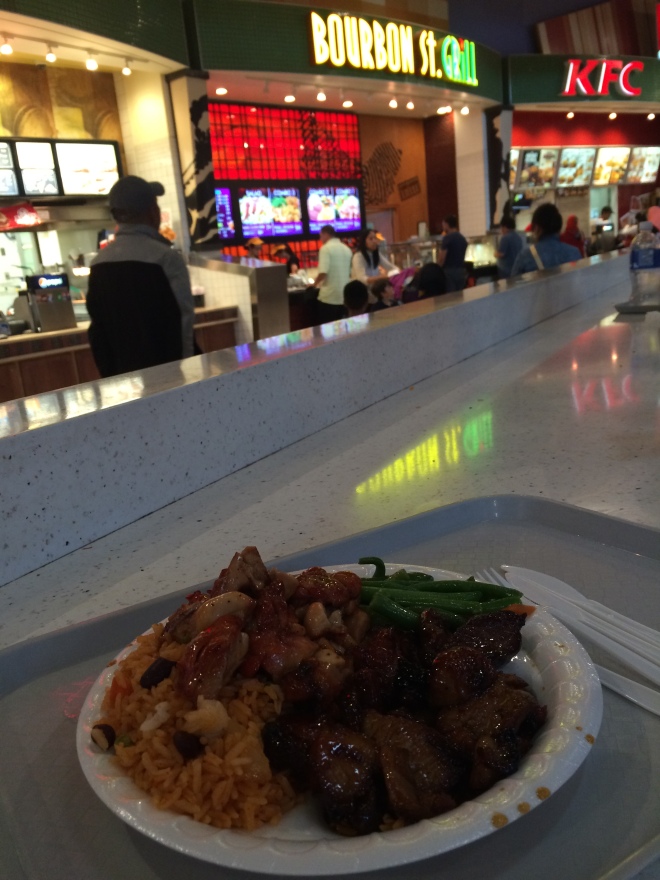 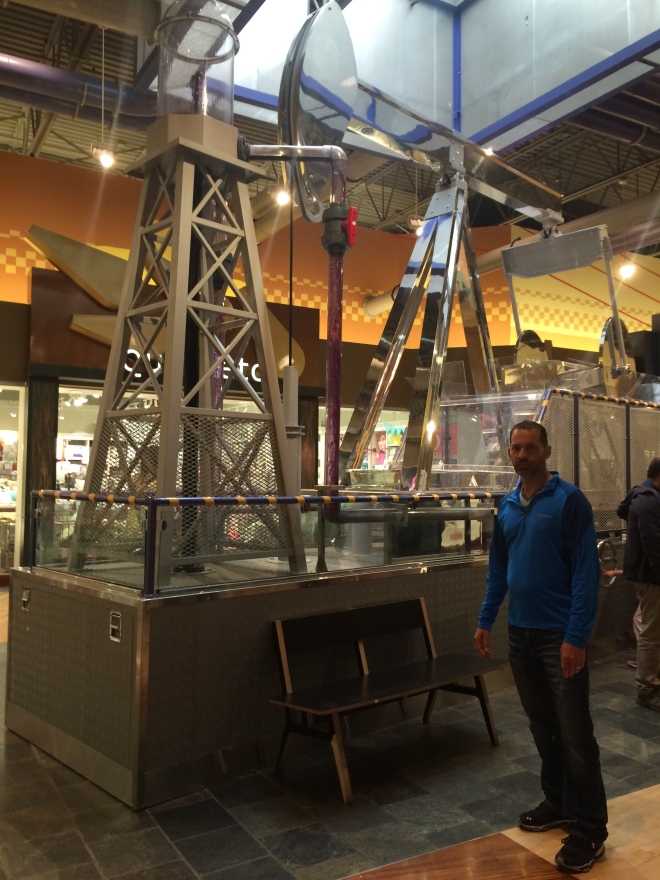 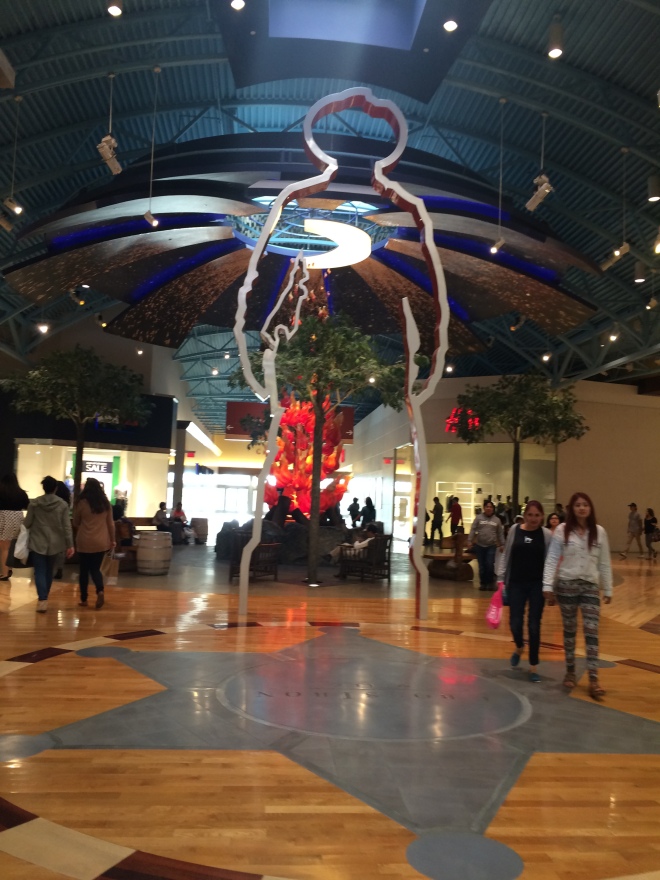 To end another wonderful day we had a great visit with a very dear friend ( she’s like family) Amber. She used to baby sit our kids and is very close to our family. She know lives in Crossfield so she came to visit at our hotel and I totally forgot to get a picture…

Another great day but I need to get to bed and rested. Tomorrow starts our “romantic two days” that are celebrating our Anniversary.