…but maintain the PEACE!

A Respect to History…Determination to Safeguard Peace.

This is my East coast Canada blog. I haven’t blogged much about our life in China on this new site. But today I need to. ( And in reality it is part of Canada too)

On September 2, 1945 Aboard the USS Missouri in Tokyo Bay, Japan formally surrendered to the Allies, bringing an end to World War II. It was a day of Victory!

Supreme Commander MacArthur  signed on behalf of the United Nations, declaring, “It is my earnest hope and indeed the hope of all mankind that from this solemn occasion a better world shall emerge out of the blood and carnage of the past.” Ten more signatures were made, by the United States, China, Britain, the USSR, Australia, Canada, France, the Netherlands, and New Zealand, respectively. Admiral Chester W. Nimitz signed for the United States. As the 20-minute ceremony ended, the sun burst through low-hanging clouds. The most devastating war in human history was over. The next day, September 3, 1945 the Japanese Army in China officially surrendered. Victory Day was set for September 3rd.

Today, September 3, 2015 marks 70 years!!! This year China, in Beijing capital, is commemorating this Victory Day with a huge parade and display.

Living in China, I heard many accounts from our Chinese friends ( and family) the horrific accounts of war, the barbaric cruelty of the Japanese to the China people. There was and still is so much hurt from that war.

I sat for hours last night watching and listening to CCTV Live from Beijing as dignitaries from countries arrived and were greeted by Chinese President Xi Jin Ping. I watched as invited Veterans from World War II arrived and as preparations were made for the big celebration. I continued to watch as Beijing’s military was inspected by President Xi and then the amazing parade and display of China military and troops and China’s “hardware”, they brought out the “big guns” for the very first time to be displayed to the world. I watched in awe, at the 70 gun salute, and the fly past of the many helicopters and fighters that were in Beijing skies. I was thinking… I have been there right at Tiananmen Square, I have walked those streets…oh how I wish I was there today… I felt like history was being made in front of my eyes.  I felt proud for my Chinese friends, especially the ones that have been soldiers in their younger days. It was truly a display of Chinese innovation in their military!

And the Canadian connection as far as China is concerned. It was mentioned many times through the broadcast. Norman Bethune…the Canadian doctor and surgeon that helped the Chinese people so much during World War II. China has not forgotten this, and always show great appreciation and respect. Living in China as a Canadian, I heard many thank yous from elderly Chinese people for Bethune’s contribution. Chinese Soldiers from Bethune Medical University marched in the parade today and one of Norman Bethune’s relatives was invited and present at the celebration. 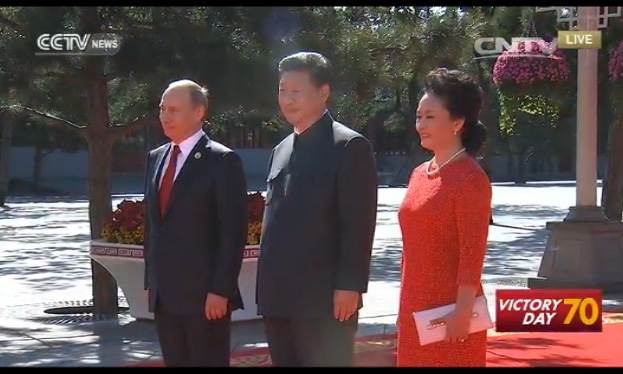 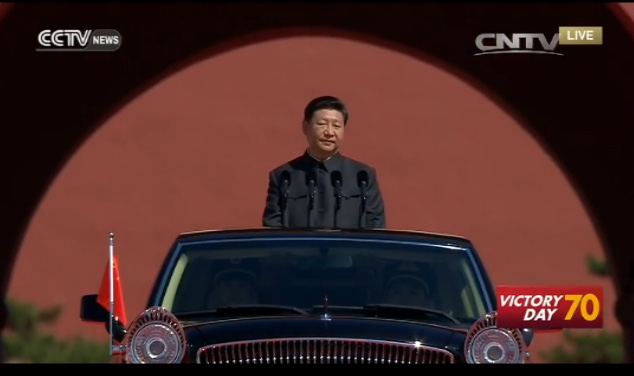 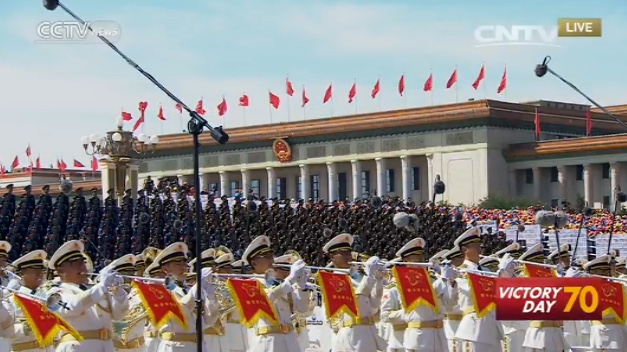 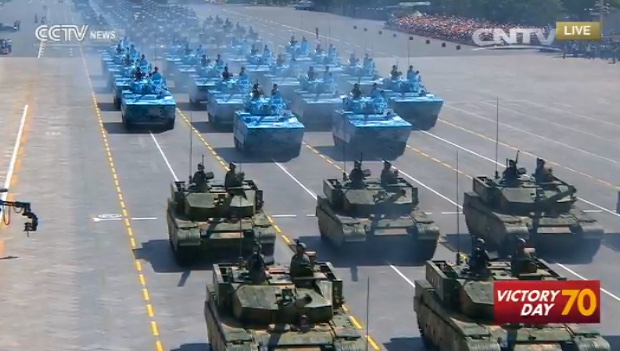 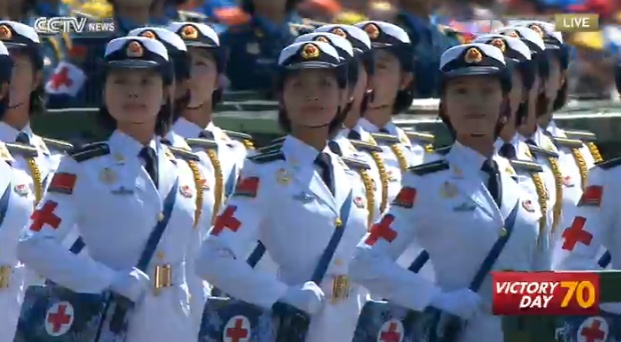 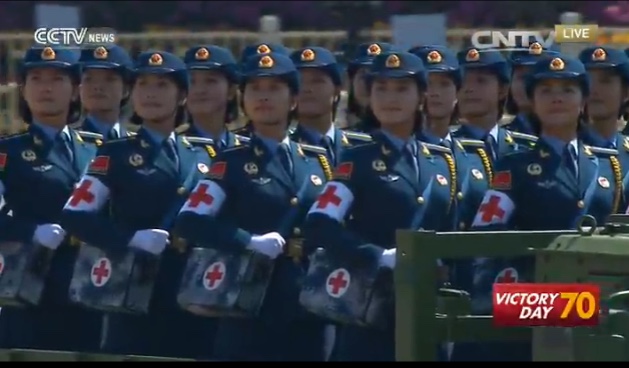 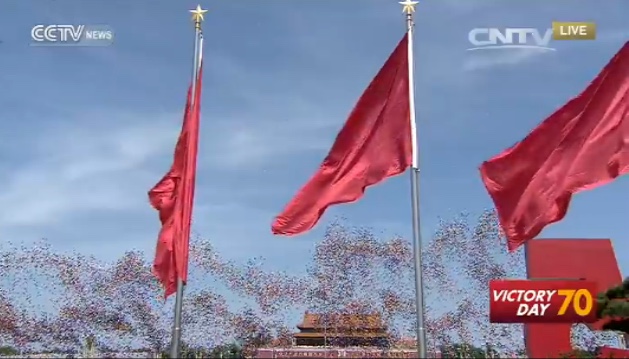 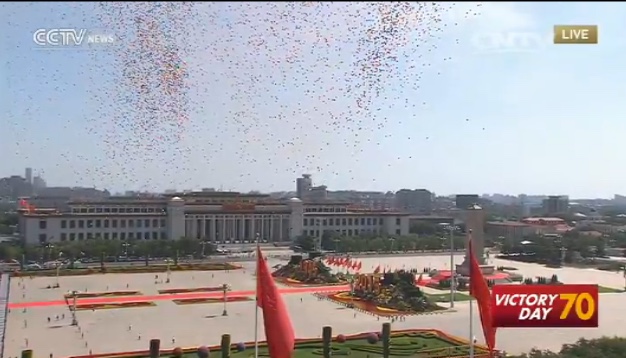 And you ask why people ( especially Chinese) always pose for pictures like this?

It is V for VICTORY!